skip to main | skip to sidebar

Our drummer and best friend Ken passed away after a 4 year battle with stage 4 colon cancel on January 10th, 2016.  There were multiple articles and posts about him on various online papers and things, a local writer asked me for my thoughts in regard to Ken, below is what I sent him. All in, we miss him terribly and wanted to put some info here on the blog for anyone who occasionally reads it. RIP Ken McCray 1972-2016

Ken McCray passed away this morning. This is what I want to say about Ken. as a friend: just the best dude. Nicest, warmest big teddy bear. Always a hard worker and helpful with crap he didn't have to deal with. Loves Led Zeppelin and The Beatles and Pantera, and Tommy Lee. The best stories, long detailed story teller type St. Louis 80s south city dirty kid in the street stories that are always funny and interesting. Creatively and as a musician: just the greatest intuitive musician I will have ever interacted with. As a drummer it's like a mix of John Bonham, Bernard Purdie and Alex Van Halen, but totally unique and special in his own way above all those things. Not a stuffy musician, an economical player that always changes the song for the better and has chops to do 3x more than what he shows you, but totally humble. He will ruin your band when he leaves it. When Shame Club was signed to Small Stone records he was most of the reason why. To be losing this guy to cancer is the most devastating thing, I am almost 40. I smoked for 20 years and quit when he was diagnosed because I couldn't believe this guy who basically lived more healthy than me got it, he who worked tons of jobs, played in cover bands, selflessly did tons of thankless work for friends and bands and coworkers, is a terrific father of two, a great brother, son, friend....Only 3 years older than me, how can HE get this? We left Shame Club together and started Tilts in 2009 and he recorded mixed and engineered all the first 3 eps himself. He just had an ear for music. He used to tell me he had dreams about the song Ten Years Gone by Led Zeppelin. Music really spoke to him it wasn't something cool to do, but he was a very common guy that would poke around in your basement and try to buy stereo equipment from you on the cheap. Big guy, the biggest farts! The biggest laugh, laugh himself into silence and tears and send you there with him. The biggest heart.
And absolutely this will be one of the largest losses this city has seen from a drumming giant who touched a lot of people. And it is wrecking me, making me furious, lost and broken. But I am glad to have known this man and shared so much time in vans and dirty basements with him. It has made me better. I love you Kenneth - Andy White 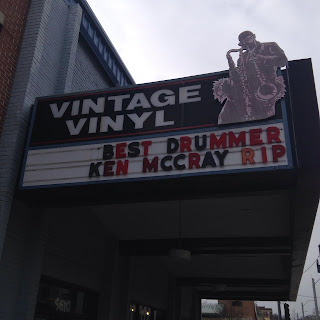 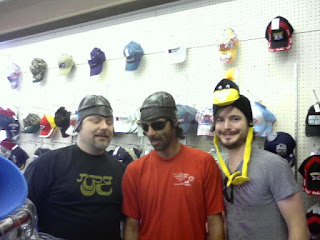 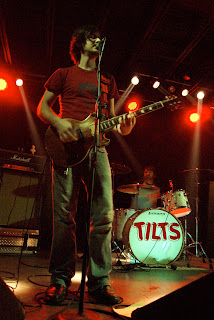 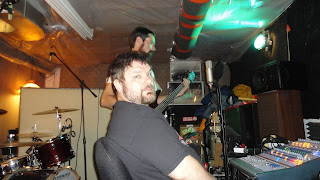 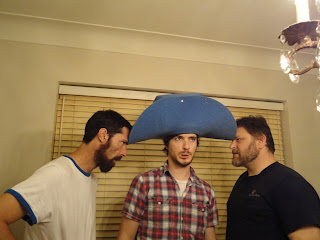 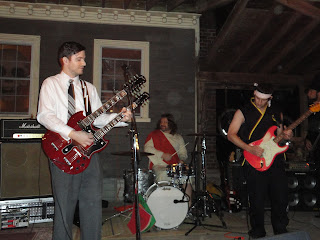 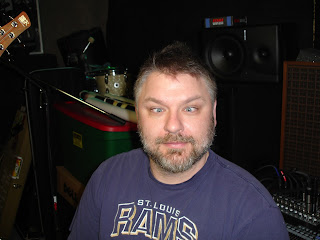 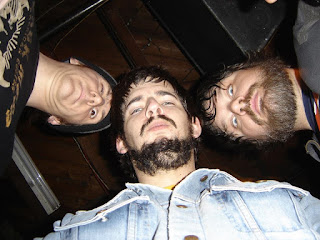 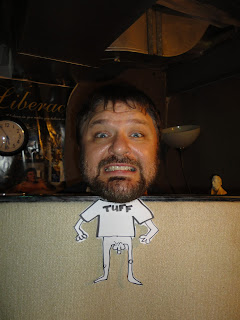 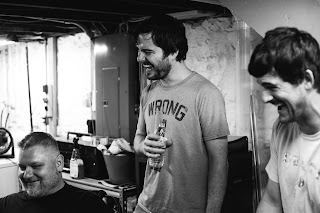 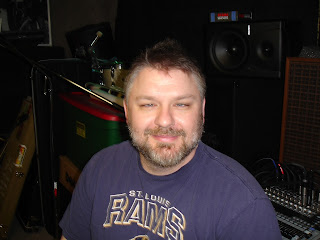 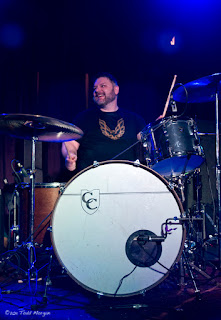 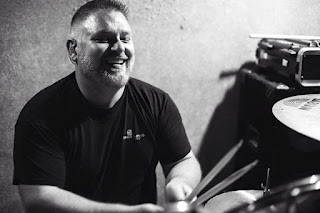 Basically, this is my favorite thing we've done. All the bumps, all the bruises preserved. This is the "director's commentary" of our band, demos here spanning the first week we were jamming up until the last week of writing for Cuatro Hombres. I mean, I love this kind of stuff. It's truly a snapshot of what it sounds like when we are fucking around and writing in the basement.  I don't think enough bands expose this side of it, as a recording packed with errors, imperfections and flubs could be considered by some not cool. It's a reiteration of our always mission statement :


"rock is not serious, stop taking yourself so...serious"


We made 50 of these by hand for the kick starter supporting Cuatro Hombres, and those are all gone. We are pleased to share it for download off our bandcamp page. Enjoy, farts n all. 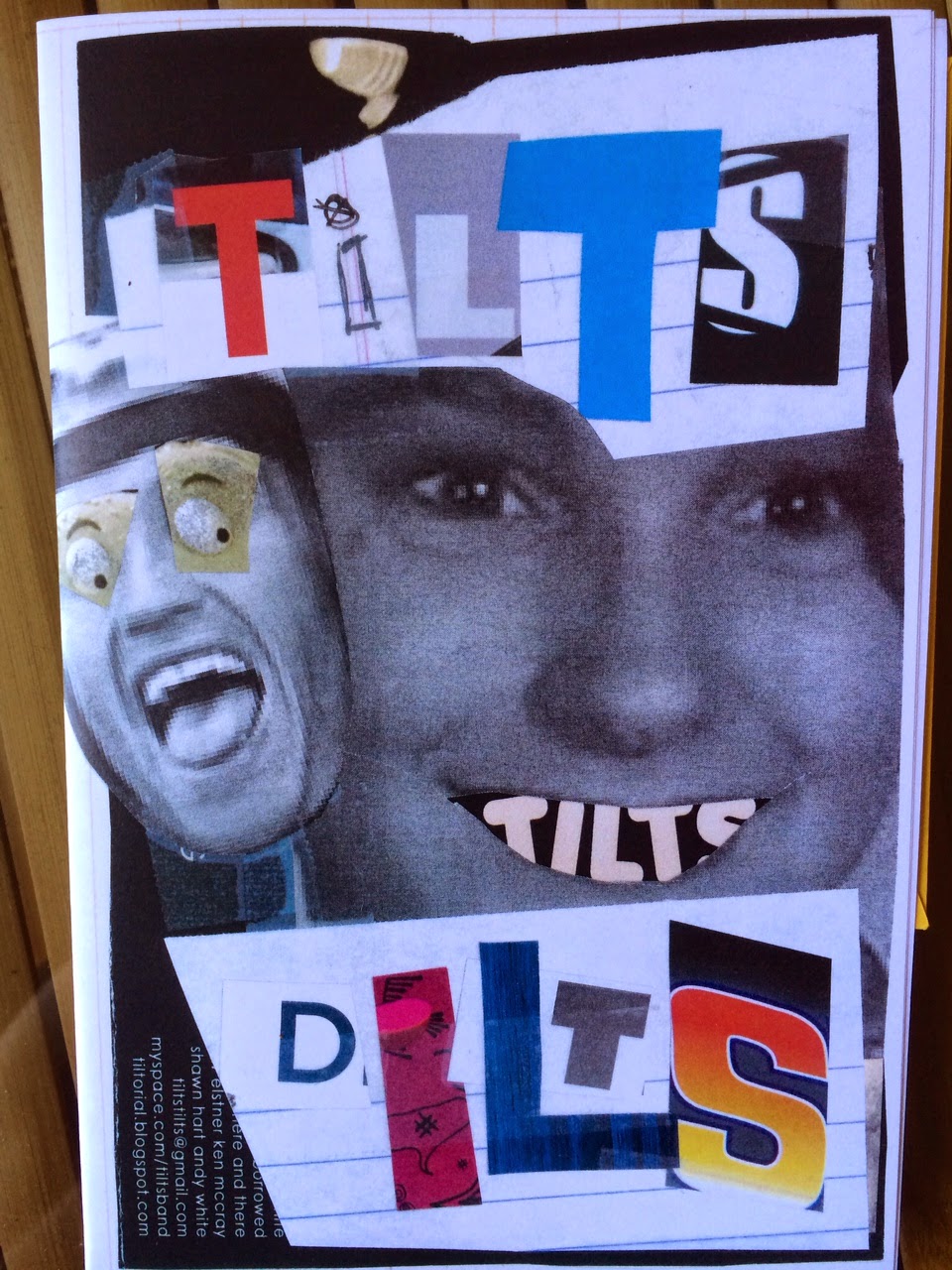 TILTS - DILTS demo(s) CD-R - DILTS is a handmade collection of personally recorded demos, weird bits, unreleased tracks, old versions of tunes and scratch pad wackyness spanning 2009 through 2013. There are 4 track recordings, studio masters that didn't get used, impromptu iPhone tracks, and boom-box-in-a-corner "we've gotta get that down" jams. Some of it is crummy and some of it will make you wonder "why wasn't this finished and used?". A secret peek at TILTS private vault and a must for the super fan or aspiring musician. A treasure chest from the inner workings of TILTS: all unreleased and unavailable to the public until now, made available ONLY in this campaign. Limited to 50: handmade and numbered by the band, mixed down in our home base of Marmadook Studios.

Cuatro Hombres is now available in its proper vinyl form on our bandcamp page - right now we have more records than we ever have so get them whilst we dew. We are also uploading the DILTS demos cd to our bandcamp page for download - more on that soooonly - - - -


shout out to Drafthouse Films in New York for the love! 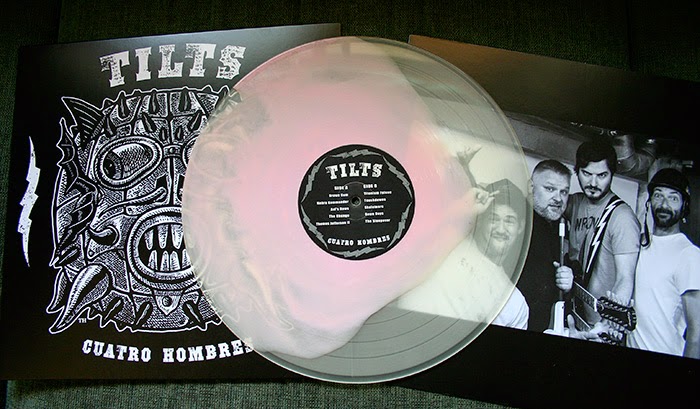 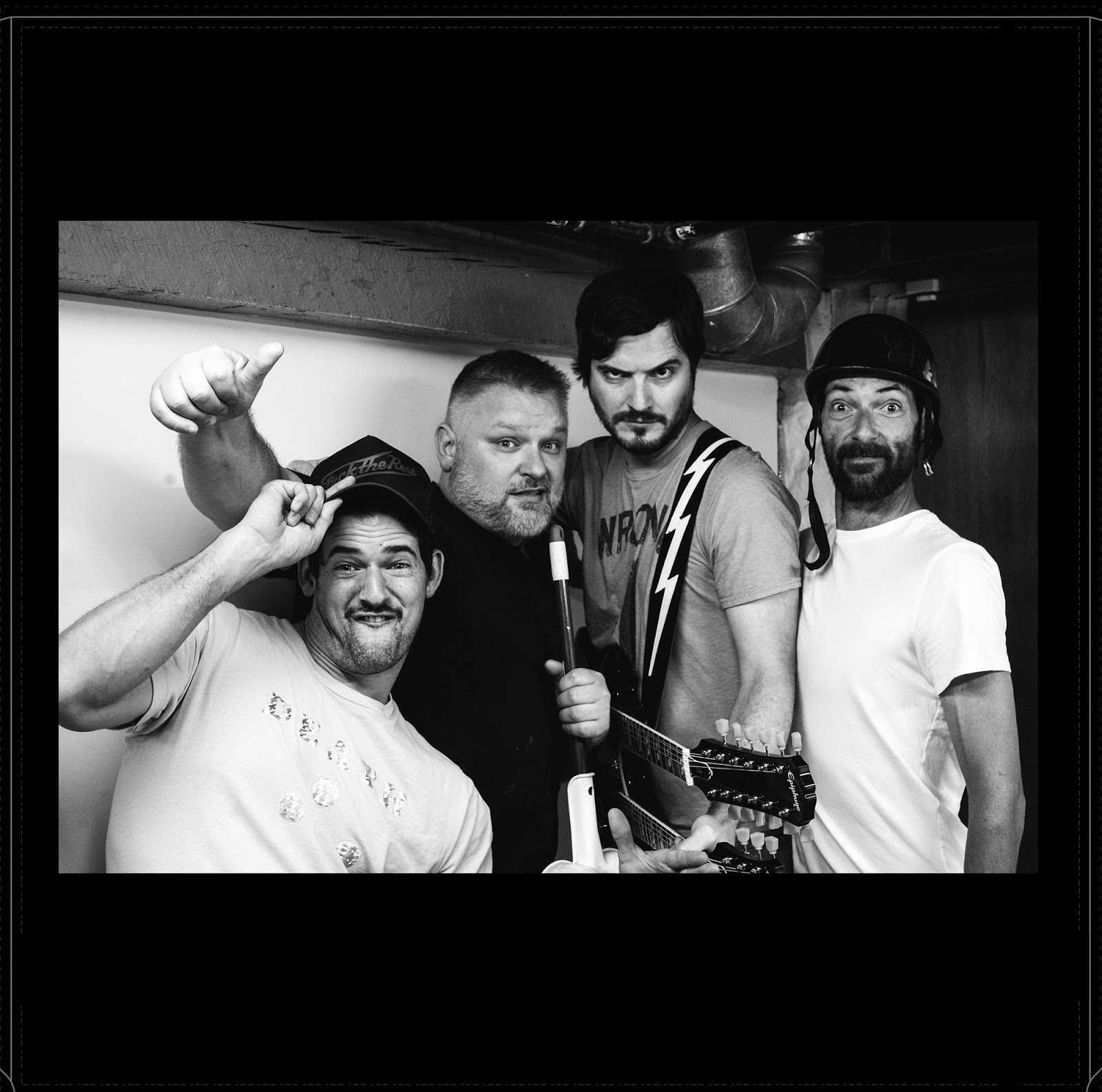 ALBUMZ ON VINYL CIRCLES SHIPPING IN THE MAIL NOWWWW


Added Cuatro Hombres remaining test presses and new repress of the S/t album in Booger Green Slimer Vinyl to the Bandcamp page you can now order these direct from us to anywhere in the world. We will be putting a few other goodies up this week, and will keep you posted. Thank you all, enjoy!! https://tilts.bandcamp.com/album/quatro-hombres-vinyl-limited-test-presses https://tilts.bandcamp.com/album/tilts 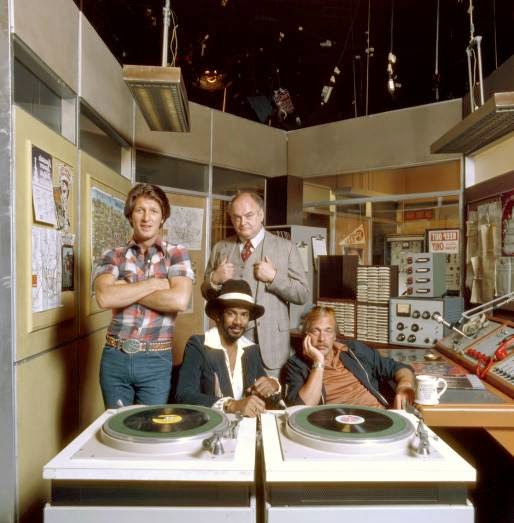 but we probably should!

just back from successful 6 day trip  -Milwaukee Chicago Pittsburgh New York Richmond and Atlanta all got rocked - we were on Fox news national tv in New York on the Red Eye ate night ./ early morning with longtime fan and wordsmith Greg Gutfeld - see that here:

our new album Cuatro Hombres is out on Robotic Empire Records and can be bought on their site or here:

digital only for now -but we will be geting tons of goodies, demo album, t shirts, repress of the first, remaining copies of test press and copies of the new record on here sooooon!!!

huge thanks to Fister, bastard, RPG, Haymarket Riot, The Brought Low, Carousel, Dan Rugh, Commonwealth Press, Greg Gutfeld,  and all the clubs and bands that helped us and jammed with us this trip. Special thanks to Andrew Wimsatt for helping us at two shows, here is some footage he got live at Cake Shop in Manhattan: